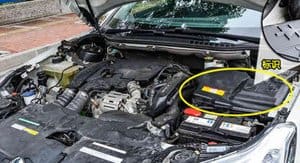 In electrical equipment, as a protector of short circuits and over-current, a Protective fuse body tube, is one of the widely used protective devices.

3. The melt of the fuse should be matched according to the requirements. It is not allowed to increase the melt arbitrarily or replace the melt with other conductors.

2. Check the appearance of the fuse for damage and deformation, and whether the porcelain insulation part has flickering discharge traces

4. Whether the fuse signal indicator is normal.